Understanding Government in the 21stCentury

The 20thcentury was the century of many huge events – two world wars, the great depression and multiple recessions and financial crises, fascism, Stalinism, de-colonization, democracy and so on.

We started thinking several years ago about one aspect of all these events of the 20th century – and that is that by the year 2000 ‘Big’ Government, or what we prefer to call ‘Goldilocks Government’, was the dominant model of government in all advanced capitalist democracies.

Looking at the empirical realities of late 20th century government it was obvious that most advanced democracies (and some not so democratic or advanced countries) were in or around a similar area for the ‘size of government’ – spending on what dimension you looked at.

We used four dimensions adapted from the work of Christopher Hood on what he called ‘Tools of Government’. On each one it was obvious that Governments over the 20th century had converged – not to being the same but “in the same ball park” on these dimensions. And these new levels were very different from what had gone before them – in the previous centuries or even the first half of the 20th century.

The COVID 19 pandemic has seen the sudden expansion of Government in several areas – especially TREASURE (as Governments sought to protect their economies and provide health care and protection) and AUTHORITY (as Governments sought to control the spread though restitutions on movement and socialising). INFORMATION has also been a big issue as Governments scrambled to understand what was happening, both in the pandemic and in R&D to combat it. And finally ORGANIZATION has been affected as acute health and public health have had to adapt rapidly to the demands of the pandemic.

Before we go any further, why ‘Goldilocks’. We borrow the term not so much directly from the children’s GOLDILOCKS fairy story but from astronomy, or more precisely that branch of astronomy that studies the possibility of life on other worlds.

Scientists coined the term ‘goldilocks zone’ for that area around any star where a planet orbiting it would have liquid water and other conditions for life because it was neither too hot nor too cold. In other words, where it is “just about right” for life. 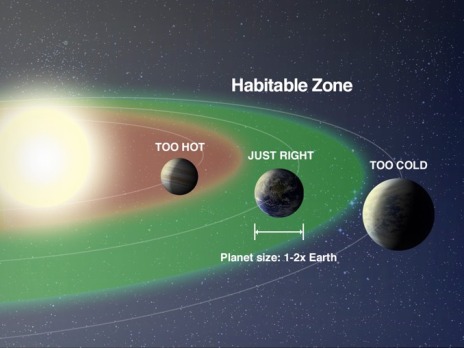 So we use the term “Goldilocks Government” because we believe there is a zone in which the size of government is ‘just about right’. We think, from the empirical evidence, there is such a zone – however fuzzily defined – for modern, developed, democratic and pluralistic societies. This site explores that idea and the ways it might change in the future. Including to what degree sovereign state governments – the so-called ‘Westphalian’ system – can or should survive?

Let’s start with the growth of government spending over the ‘long’ 20th century (from the late 19th to the early 21st).  If we look at the “G7” countries (we’ll explain why later) the pattern is striking.

Nor is this some misleading statistical average. To be sure there were different pathways to becoming Goldilocks Governments and there are substantial differences in just how big ‘Big Government’ is – even just in public spending terms. But the overall pattern is very striking. By end of century all these countries – with very different 20thcentury histories – end up fairly close to the average and in a very different place than they were at the start of the century (Figure 2).

We will return to these figures in more detail later in the book but for the moment we just want to emphasize just how dramatic this pattern is. Whilst there have been many analyses of the rise of ‘Big Government’ they have, in our view, often been too narrow and/or too academic. We want to be more comprehensive and, we hope, comprehensible to the ordinary reader who wants to make sense of these developments. In the process we hope we challenge some long-held myths about the nature of Big Government.

Some have ploughed well-defined but restricting academic furrows – political economy; welfare economics; politic science; public administration; etc – with very little interchange much less integration between explanations. Even when they have used comparative analysis (e.g. studies of the ‘welfare state’) they have tended to do so from within narrow academic disciplinary confines.

The other weakness is they have often been focused only on one country – the USA and UK being the favorites, but sometimes also the group of Scandinavian social democracies. Studies of ‘Big Government’ in the USA have been especially prominent – somewhat ironically as amongst the leading capitalist democracies US Government has remained at the lower end of “bigness”.

Public spending is, of course, not the only way of measuring the size of government, nor do the headline figures tell how the money is being raised through taxes or spent on services and ‘transfers’. But the overall level of public spending is, we would argue, probably the strongest single indicator of just how big Big Government is.

Other measures of Big Government we will be looking at include the numbers of people (as a proportion of the overall workforce) government organizes, the degree to which government tries to direct what we do, and should not do, through laws and regulations and how it controls and shapes information flows (another often neglected subject).

We have chosen to focus most of our analysis on the seven largest, advanced, democracies that come together under the umbrella of the “G7” – an informal grouping of such countries.

We’ve done this for several reasons.

Firstly, by focusing on these seven countries it makes it easier to make comparisons and tease out both the similarities and important differences between them.

Secondly, the G7 countries are big, really big. Although they include only 11% of the world’s population they account for more than half – 54% – of global GDP.

The main possible alternative was use the OECD grouping of 35 advanced democracies, something which is frequently done.

This however has several drawbacks. The G7 (who are all OECD members) represent the majority of the OECDs economy and population: 75% of GDP and 60% of people. The rest of the OECD – 28 countries – are mainly small and now also include a lot of small, ex-communist, countries with have specific issues that can also distort analysis.

Other groupings of countries such as the EU, the G20, and so on all present even bigger problems for any sort of coherent analysis.

Focusing on the G7 leaves out one notable group to which a lot of attention has been devoted – the strongly social-democratic Scandinavian states (Sweden, Denmark, Norway and Finland). We will look at these as part of our analysis but we would argue that they are clearly ‘outliers’ that can often distort discussions of the size and role for government. No-one can reasonably argue that any of the big G7 countries is moving in a Scandinavian direction. Quite the reverse if anything, it appears that these outliers are now moving, albeit slowly, more in the direction of the G7 countries.

We will draw on these other OECD states, and indeed others such as the so-called “BRICs”[2]in our analysis and our argument will be that these countries and other emerging economies too are mostly moving in the broad direction of becoming more like the G7 in the size and shape of governments role in society and the economy.

The trajectory of the Scandinavians or BRICs towards becoming more like the G& is not meant to imply any simplistic ‘convergence’ thesis. There are important differences within the G7 and these are likely to remain.

Although they are all ‘industrialized’ they did so at different times and rates and some have since arguably “de-industrialized” (but still remain advanced economies).

Although they are all now unified democracies three of the seven (Germany, Italy and Japan) had periods of authoritarian or fascist governments and only three (Canada, GB and USA) remained democracies throughout the past century or so. Germany had a period of fascism followed by division into democratic and communist states. France was occupied.

They also represent some fairly diverse political-institutional set-ups today. We have one presidential system (the USA), one semi-presidential (France) and five parliamentary systems. Three of them are federal states (Canada, Germany and USA) whilst the others are unified.

These differences are of course important, and as we hope to show they account for some of the differences between these seven ‘Big Governments’ in the precise size of government and the configuration of public activities. But that doesn’t detract from the simple fact that put into historical perspective these are all clearly “Big Governments”.